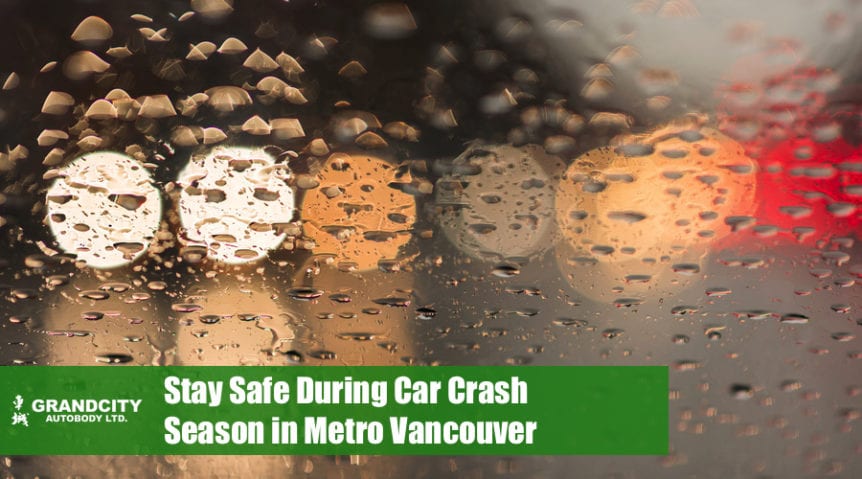 While the holiday season is mostly associated with fun times and family gatherings, people might not be aware that it is also the most dangerous time on the roads for car accidents. According to ICBC, between 2011 and 2015, 46 per cent of fatalities involving pedestrians occurred from October to January.

It’s also the peak time for car crashes in general. And reported crashes between vehicles is on the rise in the Metro Vancouver. In 2015, there were 200,000 accidents reported, compared to 180,000 the year before.

It makes sense that more accidents occur in the fall and winter than in the summer-it gets darker earlier, people are dressed in dark colours, it’s raining, and everyone is in a hurry to get to where they need to go. It’s a recipe for disaster.

So, yes, it can be risky out there. And as a driver, it’s up to you to be responsible behind the wheel to, as much as possible, avoid getting in a car crash.

Here are some helpful tips you can use to make sure you’re being as safe on those dangerous Vancouver roads.

Put your phone down

It’s more or less unacceptable these days to have your phone out while you’re driving. That means not checking it for the time, taking a selfie, or glancing at it to see if that beep meant an important notification. Either put it down or turn it off if it will tempt you at every intersection you stop at.

If the risk doesn’t convince you, how about your hard-earned cash? As of June 1, first-time offenders now receive a $368 ticket plus $175 for four penalty points on their driving records, for a total of $543. Second-time offenders will pay even more, with the bill coming in at $888. These high prices are to combat the rising trend in distracted driving. In 2015, it was at an all time high, with 30 per cent of crashes involving a distracted driver.

Keep up your maintenance

Especially with snowy roads and heavy rain, it’s important to stay on top of your vehicle maintenance. This means getting winter tires if needed, ensuring your brakes are in good working order, and doing spot checks to make sure things like windshield wipers and the defrost function are working well. It’s important to take your vehicle into a Vancouver auto body shop for regular tune ups and to make sure it is safe on the roads.

With short days, icy roads, and downpour rains, it’s a wonder people even brave the roads in Metro Vancouver. But people need to get places. One easy way to keep yourself and others safe on the roads is to simply slow down. This might mean adjusting your schedule and leaving the house five or ten minutes earlier than you normally would. But stopping on amber lights and simply waiting to make a turn instead of gunning it through an intersection can significantly improve safety conditions on the road for everyone.

There are many things that can contribute to a car crash, and you can only control some of those. What other drivers do is out of your hands. Therefore, it’s up to you as a driver to make sure you have high visibility and are always on alert for dangerous situations, especially in the type of weather Vancouver has.