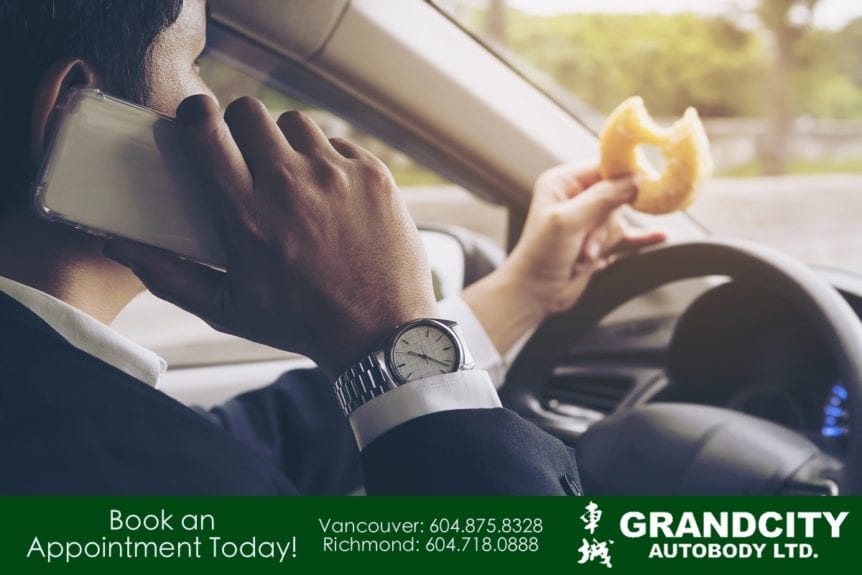 If you think about it, driving is an extremely complicated and complex skill. It requires the body and mind to perform multiple tasks simultaneously: planning where you’re going, anticipating what other drivers, cyclists and pedestrians are going to be doing, remembering rules, steering, shifting gears, switching from the gas to brake pedal… and on and on. It’s a miracle anyone makes it from point A to point B alive!

Now, we all know that some places get a bad rap for having worse drivers than others. Richmond is one of those places. We see a lot of accidents at our Vancouver and Richmond locations. So, do the rumours hold water or is it just a case of something of an idea taking on a life of its own?

Every year, ICBC releases statistics on car accidents for the Lower Mainland as a whole, and for each individual municipality. And while Richmond’s numbers are slightly above the total of the Lower Mainland, they are lower than Vancouver and comparable to Burnaby.

We are not going to indulge in any kind of racist stereotype. Instead, let’s talk about certain actual factors that determine whether or not a place will have a higher probability for crashes than another. One of the reasons that Richmond’s crash average seems high is because of the “per capita” metric used.

In 2015, the population of Richmond has 207,773 citizens, and there were approximately 17,400 care accidents that year. That’s 8.4 per cent crash rate per capita, which is not great. But it’s not that far off the Lower Mainland average.

A per capita average is really not a measure that means much when it comes to car crashes. What about all the citizens that are too young or too old to drive? Or those that simply don’t have their license? Surrey, for example, has a high percentage of young families, which means there are plenty of non-driving children that add to the population. This lowers the Surrey per capita crash rate.

Other things like average household income skew the stats. Households in Richmond and Vancouver have a higher than average income, which means people can more easily afford a vehicle. This, in turn, results in more cars on the roads and increases the likelihood of an accident.

And just because a crash happens in Richmond doesn’t mean that the drivers are from there. Crashes are recorded at the location, so even if the perpetrators are from Langley or New Westminster, the accident will go toward Richmond numbers.

At Grandcity, we have locations in Vancouver and Richmond, and we see accidents from all over the place. We don’t think that a location determines whether or not someone is better or worse driver.

What’s more important to focus on is making sure that everyone is driving as safely as possible, and making sure vehicles are in good condition for the roads. Whether it’s winter or summer, regular vehicle maintenance and care will help prevent accidents and will work to keep those numbers down! Contact our Richmond Auto Body Shop for more!