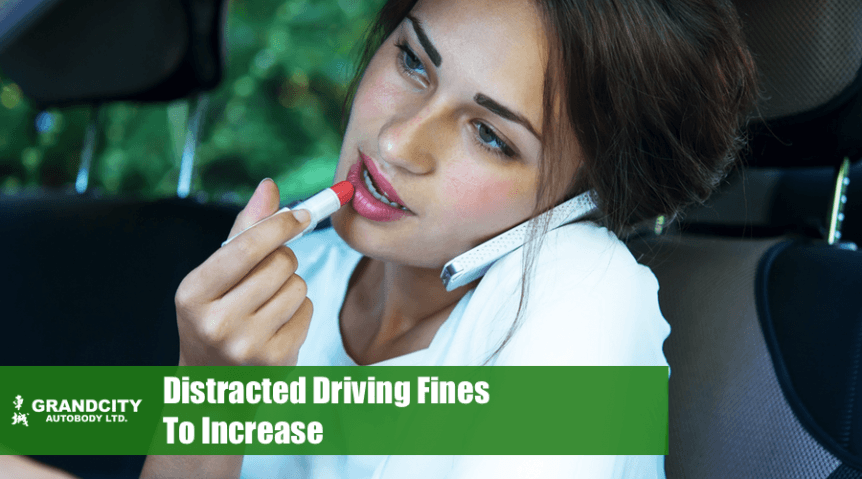 We’ve probably all done it before, and probably at times without even thinking. The familiar ding goes off and even though we’re in the middle of traffic or speeding down the highway, it’s hard to resist the urge to see who’s texted. Checking our phones while we drive, even though we know it’s dangerous, illegal and potentially costly, is still an impulse that is hard to ignore.

But ignore we must! Findings show that distracted driving leads to collisions, therefore keeping people safe on the roads is more challenging than ever. That’s why earlier this year, the B.C. Supreme Court ruled to set even stricter standards than before on distracted driving.

At Grandcity’s Richmond Auto Body Shop, we’ve also seen an increase in the number of collision repairs that come through our shop, and often times they are due to distracted driving. It’s always disheartening to see a completely preventable collision.

We rely on our phones so much so it’s understandable that we might think we need them while we’re driving. Even if a driver is not checking messages, it can be tempting to check the map if you’re trying to get somewhere new, or to change the music if your phone is connected to your sound system. Heck, sometimes you just want to ask Siri a question.

But the law is clearer than ever. While there have been disputes in the past about whether or not a driver is allowed to check a phone for directions or to see the time, the recent ruling left little room for dispute.

The ruling clearly states, “it is against the law to text, email, talk or otherwise hold an electronic device in your hand while operating a motor vehicle, including while being stopped at a red light.”

The operative word is that a driver is not allowed to hold an electronic device whatsoever while the ignition is on. If you think the ruling is harsh, you’re not alone. But the strict rule is not intended to upset people, it’s intended to keep people and pedestrians alive. Cpl. Daniela Panesar of the Burnaby RCMP said, “Distracted driving is the second-leading cause of fatality and injury in motor-vehicle collisions in B.C.”

Therefore, to be safe (and to save money) keep your phone out of reach. Put it in the glove box, tuck it under the passenger seat, seal it away in the trunk if you are a compulsive phone looker. But no matter what, leave the phone alone.

If you’ve been on the receiving end of a distracted driving collision or if you’ve caused one yourself, you know how frustrating it can be. So keep your eyes on the road and drive safe out there!