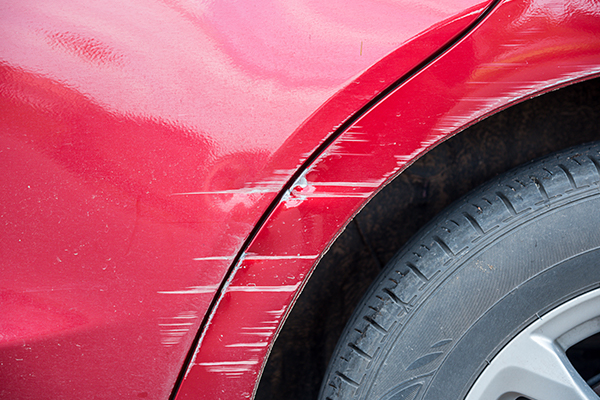 Whether we would like to admit it or not, scratches and dents happen to even the best of drivers. While there is often no alternative to having your damaged car repaired with a car painting at a body, did you know that some car colours actually hide scratches and dents better than others? In this article, we will go over which colours do the best job of blending in damage, and which ones do the worst.

Why Do Some Car Colours Show Dents More Than Others?

If you have noticed that some car colours tend to hide blemishes better than others, you’re not imagining it. While it’s not magic, it is an optical illusion of some sort. In the right lighting, certain car colours will be almost unidentifiable thanks to an opportune reflection. Spoiler: this is especially true for light shades of cars, and gets progressively less true the darker the car colour.

The Most Common Causes of Car Dents

Before we dive in, it’s worthwhile to go over what the most common causes of car dents are, as you may be surprised by how many of them are preventable.

Okay, so maybe this doesn’t deserve the top spot, but it’s notable enough to mention. When you’re driving through a parking lot, there are many potential hazards, with the shopping cart being among the most dangerous. Shopping carts often jam into vehicles, causing dents and scratches.

Tree branches often fall on cars, causing considerable damage. You can help prevent this type of damage by parking away from branches and large trees.

Has your car ever been doored? It happens quite a bit when another vehicle park close to you and accidentally opens its door into your car’s body. One way to prevent car door accidents is by ensuring that you leave ample space between your car and other cars in a parking lot, especially if it’s a busy one.

For most drivers, small damage is a given, which is why it may give you some peace of mind to plan ahead. Here are the car colours that are the least likely to display damage:

Similar to white, silver cars reflect light effectively, making it easier to conceal scratches. Instead of standing out, scratches in a silver car are more likely to blend into the paint.

A matte or shiny grey car can also conceal certain scratches. For one thing, if the metal on your car becomes exposed, it is less likely to stand out on a grey car thanks to camouflage.

It just so happens that some of the car colours that show the most damage are the most popular. You may find yourself having a harder time hiding dents if you own a car in one of the following colours:

Scratches on black cars will be rather apparent, and it’s easy to see why. Most scratches appear in silver or white, which is a direct contrast to the black.

Navy cars have become quite popular in recent years, and while they may be stylish they are ineffective at hiding dents, for reasons similar to black cars.

Although not as popular as white or black, red cars are also rather popular. Depending on their hue, though, they may easily show dents.

Of course, no paint colour or amount of paint will conceal a severe dent or scratch. In addition, you are inevitably free to choose a car colour simply based on your preference, not based on whether or not they will show a scratch.  In any case, Grandcity is an auto body shop in Vancouver that is here for all of your car painting needs, no matter your predicament.